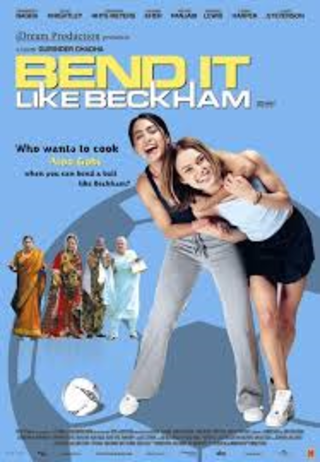 A comedy about bending the rules to reach your goal, Bend It Like Beckham explores the world of women's football, from kick-abouts in the park to freekicks in the Final. Set in Hounslow, West London and Hamburg, the film follows two 18 year olds with their hearts set on a future in professional soccer. Heart-stopping talent doesn't seem to be enough when your parents want you to hang up your football boots, find a nice boyfriend and learn to cook the perfect chapatti.

Write the text in a Word-document and upload it here on unikum.

Discursive text – Think about the following:

Aim – to choose side and present arguments

Linking words – for the first, second/secondly.. also, because, on the other hand, however