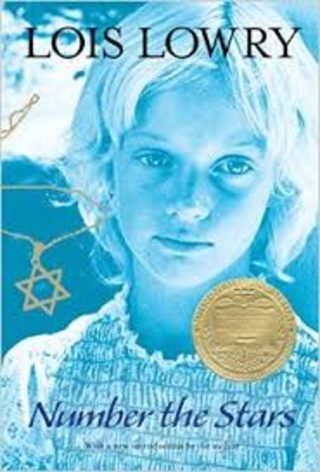 Here you will find the book and sound

Chapter One: Why Are You running?

Chapter Two: Who is the Man That Rides Past?

Chapter Three: Where is Mrs. Hirsch?

1. What did Annemarie realize about her friend Ellen after Peter's visit?

2. How did Annemarie know the Hirsch's were not gone on a holiday?

3. What items were being rationed? Why?

4. What happened to Mrs. Hirsch?

5. Why did the girls always take a different route to school?

6. Explain the following sentence from page 25 of the novel:

"All of Denmark must be bodyguards for the Jews..." Annemarie said.

Chapter Four: It Will Be a long Night

1. How did the Germans find out the names of the Danish Jews?

2. Why was Kirsti upset when she and her mother returned from shopping? What was Ellen's solution to the problem?

3. What were the "booms and lights in the sky" on Kirti's birthday?

4. Why was the Tivoli Gardens important to the Danes of Copenhagen?

5. Why would Annemarie and Ellen need to pretend that they are sisters?

6. Why do you think Annemarie lied when she said the shoes looked nice?

7. Do you think it was a good idea for the Johansen's to let Ellen stay with them? Explain your answer.

Chapter Five: Who is the Dark-Haired One?

1. What was Annemarie told about the death of her older sister Lise?

2. Why did the German soldiers come to the Johansen's apartment looking for the Rosen's?

3. How did Mr. Johansen convince the German soldiers that Ellen was not a Jewish girl hiding?

4. Why was it important that Ellen remove her Star of David necklace?

5. Why had Mr. and Mrs. Johansen not looked at Lise's things since the accident?

Chapter Six: Is the Weather Good for Fishing?

1. Why were the girls kept home from school after the visit by the German soldiers?

2. What made Annemarie realize that her father was speaking in code to her uncle? What was their conversation really about?

3. Where did Mrs. Johansen, Annemarie, Kirsti, and Ellen travel? Why didn't Mr Johansen go with them?

4. Compare the area around Uncle Henrik's Farm in Gillelege to the Johansen's apartment in Copenhagen?

5. Why was Annemarie worried when the soldiers questioned them on the train?

6. Why did they travel to Uncle Henrik's house?

7. Why do you think the Danes spoke in code words?

Chapter Seven: The House By the Sea

1. What was the name of Uncle Henrik's boat and where did he get the name?

2. What did Annemarie do with Ellen's necklace?

3. Why did Mrs. Johansen tease her brother Henrik?

4. What does the sea represent for Ellen and her family?

5. Why did Mrs. Johansen ask the girls if they saw anyone while playing near the shore?

6. Why do you think there was no laughing between Mrs. Johansen and her brother as they sat down to talk?

Chapter Eight: There has Been a Death

1. How did the girls spend their full day at the farm?

2. How did Annemarie make fun of the German soldiers?

3. Why was Annemarie  surprised by Uncle Henrik's announcement that there was to be a funeral?

4. What is the old custom when someone dies? what did the family have to do to prepare for the funeral?

5. Why is Annemarie so delighted to have oatmeal, milk, cream, and butter at breakfast?

6. What did Uncle Henrik mean when he said, "Tomorrow will be a good day for fishing"?

7. Why, when his sister and his nieces were visiting, would Uncle Henrik spend the whole night on his boat?