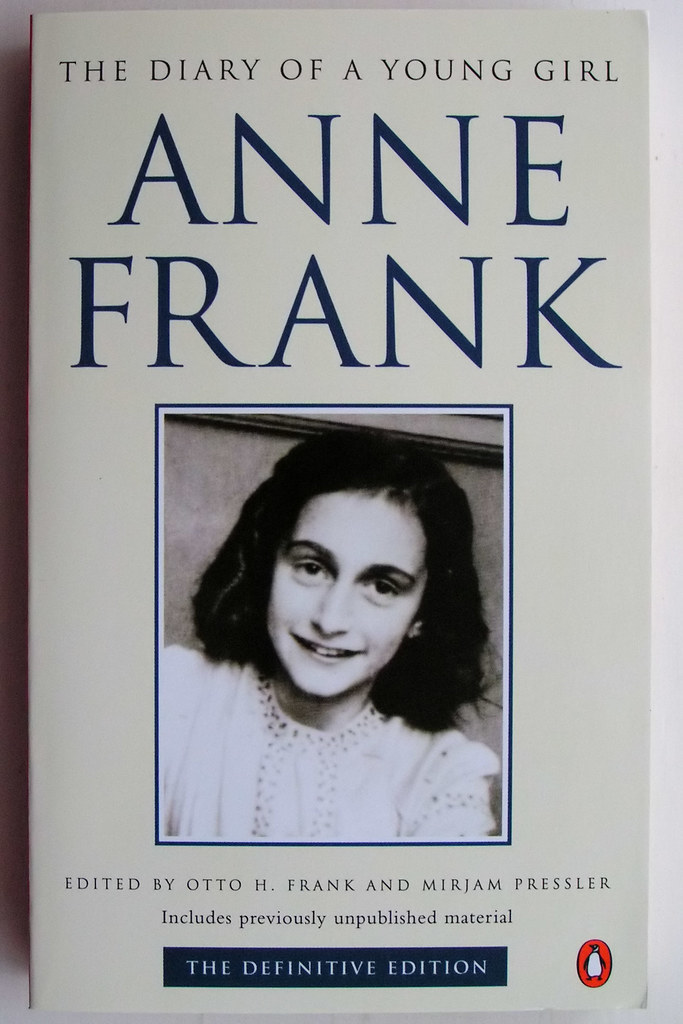 We will read, listen and discuss the book Anne Frank; The Dairy of a Young Girl Start week 41

Anne Frank; The dairy of a Young Girl

Comprehension Questions:  1. Who was the first to greet Anne on her birthday?  2. Anne states that paper is more patient than man. What does she mean?  3. Why does Anne begin a diary?

4. What does Anne name her diary and why?  5. Why do the Franks emigrate to Holland?  6. Why does Harry end his relationship with Fanny?  7. Why does Mr. Frank talk about going into hiding?  8. Anne packs things to go into hiding. She makes the statement, "Memories mean more to me than dresses." Why did she say this?  9. What is Anne worried about at night?

Comprehension Questions:  1. How does Anne feel about her mother?  2. What discovery does Anne make about her father in relationship to her?  3. Who is the first to allow Mr. Dussel to work on their teeth?  4. What does Anne secretly want to do to Mr. Dussel?  5. Anne says she hasn't mentioned their rows in a good while. What does she mean by "rows?"  6. Who are the soup eaters?  7. The members in the secret annexe tend to get on each other's nerves. Why?

8. What happens to Peter in the attic?  9. How does Mummy feel when Anne says she doesn't want her to say prayers with her?  10. Page 79 details some of the hardships everyone is facing. List them.

Comprehension Questions:  1. On page 83, Anne states, "As the Benjamin of the family..." What is she saying?  2. Anne says she found that she gets on better when she is shamming. What does she mean?  3. What is an oculist?

4. Why does Dussel say no to Anne's request to use the table twice a week in the evenings?  5. Anne mentions that Dussel is 54 years old. Why do you think she mentions this?  6. What does Mouschie give them?  7. What is one reason the Van Daan's are arguing?  8. Why does Anne sleep on the divan more now according to page 113?  9. Margot asks Daddy if he would like to give Anne a children's Bible for Chanuka so Anne could find out more about the New Testament. What does this imply about the Frank's religious convictions?  10. On page 117, Anne talks about her fountain pen being cremated and says that is just what she wants later. What is she saying?

1. Learn about WWII. Who were the Allies? Who was with Germany? Color code a map showing the two forces. (See the video below for a synopsis of the changing German occupation.)

3. Write a birthday poem for Daddy just as Anne.