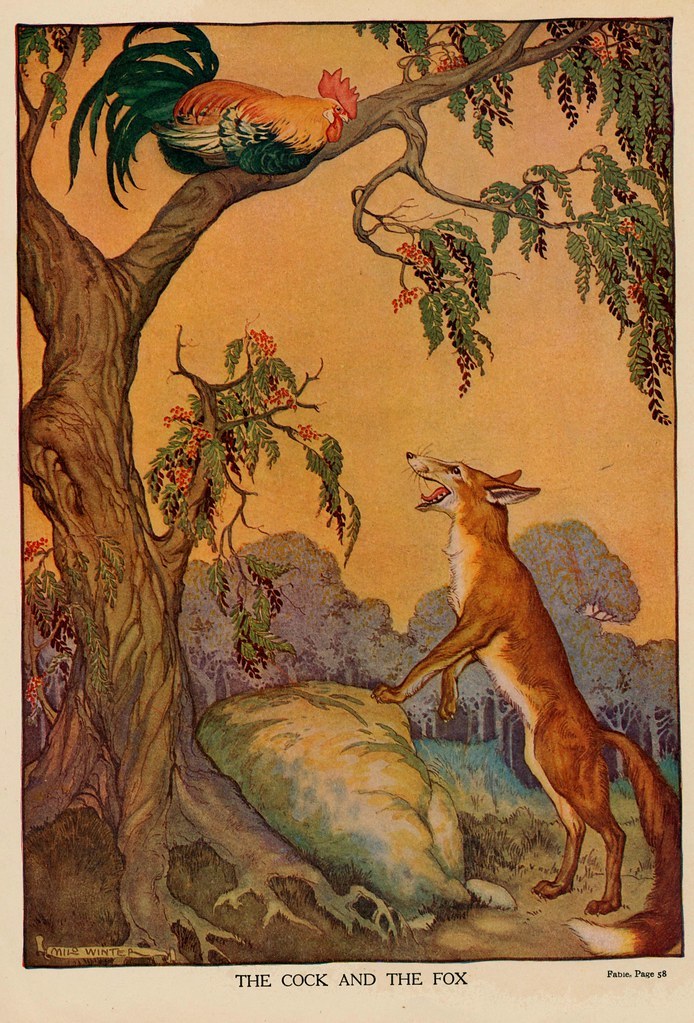 This module we will read some of the fables of Aesop. Through the use of symbolism we will investigate the message and morals of Aesop's fables.

A fable is a short story, typically with animal characters. It often has a message about what is right or wrong behavior, known as a moral.

In the mid-sixth century BC in ancient Greece, there lived a slave named, Aesop, who was famous for telling stories, or fables. These stories were later gathered and set down in writing. In many of these stories, animals speak and have human characteristics; see some animated examples. Fable Examples

2.    A story, describing the actions of these animals

Write your own fable, inventing animal characters which the reader can easily understand. Create a setting and a short number of actions which make up the plot.

TIP: Start by thinking about what we humans do which is not so good, like: lying, cheating, boasting, being lazy, being greedy, being envious, etc… Then think of a story which could show this point, using animals as characters. Don’t forget a moral!